We specialise in helping patients who are looking for treatment of IBS, Candida, Food Intolerances and small intestinal Bacterial Overgrowth. 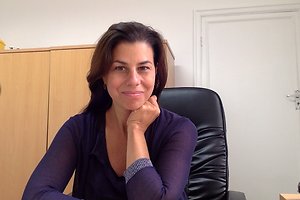 Victoria and her team are qualified Registered Nutritional Therapists- and hold a BSc Hons in Nutritional Therapy. Victoria has also had also trained with the Institute of Functional Medicine and is one of the leading IBS specialists.

The conditions we specialise in include:

Clinical Nutritionist Michael Franklin MA (Oxon) Dip NS, was the founder of the IBS and Gut Disorder Centre. Sadly, Michael Franklin passed away in 2014 and Victoria Tyler continues to help people find the root cause of hitherto unexplainable symptoms. Victoria began to work with Michael over 10 years ago and continues to carry on Michael Franklin's exceptional work and knowledge. Over the years Michael Franklin has written many articles on health for magazines such as Time Out, Health Advisor, Holland & Barrett magazine and Healthy Eating and has been quoted in many other national magazines and newspapers including the Daily Mail and The Guardian.

One of his articles, The Real Causes of IBS, which summarises his research into 120 cases of IBS, was the cover story in a recent issue of Positive Health magazine.

Victoria Tyler was awarded a BSc Hons and qualified as Registered Nutritional Therapist and has been working as a consultant for 17 years. Victoria has a specialist interest in Irritable bowel syndrome, Candida, Crohn’s Disease and Ulcerative Colitis , Constipation, Diarrhoea, and , Small Intestinal bacterial overgrowth – SIBO, parasites and food intolerances.

Many patients have been kind enough to say that we have an uncanny ability to see the links between their different symptoms and explain to them for the first time in their lives precisely how their health has gone wrong and what they should do about it.

“Dear Victoria, I just wanted to let you know that there has been a remarkable improvement in my health. Both heartburn and bowel problems have practically gone, also a facial rash which I had suffered from for years has gone. I feel so much better. Thank you very much for your help.”

One of our patients, who lives in Devon, has just emailed to say:
“I have been feeling remarkably well today. I can’t remember when I last felt as well as this. I think we are beating those parasites into submission! I took a lovely walk in the park. It was a joy. A simple outing, but so amazing as I cannot remember the last time I felt this well. Once again, I cannot thank you enough for all the time and trouble you have taken to keep in touch.”

Another patient, this one with candida, emailed to say:
“I want to thank you so much, I feel like a new person. You have changed my life and saved my marriage.”

Gallbladder problems
Another patient had his gallbladder removed and was told by the hospital that he could eat what he liked after his operation. We often hear this from patients who have had their gallbladder out – hospitals often tell them “You’ll be quite all right now, you can eat all the butter and cheese and bacon, etc. you like!” Unfortunately, that would not appear to be the case. Patients really do need to follow a careful diet and we can help them with this.

One patient who had had his gallbladder out wrote to say:
“I just want to say thank you. Before I came to see you I hadn’t felt well for such a long time. I had forgotten how it was to feel well again.”

“I must express my sincere gratitude for all the help and support you have given me in finding the causes of my apparent IBS symptoms. The food intolerance test and CSA results have really been enlightening. To discuss my problems with you and to hear such obvious care combined with professionalism was an absolute joy after years of frustrating conversations with GPs and consultants.”
Recent patient with IBS

“I would like to say a big thank you to you and all your staff who have been most helpful. I feel much better these days, I’m able to do much more which is absolutely great and I have a new lease of life.”
Patient from Scotland with IBS

“I contacted you last August about a CSA test after two years of absolute misery. After a couple of telephone consultations with you based on the questionnaires you sent me, I started following your advice and taking the supplements you suggested. Since then I have got better and better. I would like to thank you again for all your help as I was at my wits’ end when I contacted you and I don’t know how I would have carried on without some treatment - you really have given me my life back.”
Patient with IBS

“It seems like only yesterday I was reading your godsend of an article in Healthy Eating magazine that would change my life forever. But in fact you have been helping me for a little over four years. Many thanks for being the pillar of support that you always are and for helping my friends and family as well.”
Patient in New Year card

“I’m very happy to report that I am in very good health, better than I’ve been for years. During the last six months I have followed a diet from my nutritionist (Michael Franklin) which has worked wonders … the change has been dramatic. The diet has fixed so many other things too. I sleep better than I have done for years, my stomach and bowels, which had been a problem for me for many years, are now regular, my nails are stronger, my hair is thicker, and I am no longer cold and shivery all the time. My plan now is that this is a diet for life. I will be sticking to it as the benefits are enormous.”
Patient in a letter to her GP and consultant

“You have really changed my life Sir. I feel so much better now and I hope with time everything will be back to normal. I just had to write to you and say thank you, you're a life saver.”
Patient with IBS

“I just graduated from Uni a few days ago with a 2:1! And to think there was a time I considered leaving Uni because of my IBS symptoms. I just had to thank you once again, I'll never forget.”
Patient with IBS

“Hi Victoria, just wanted to let you know how much better I feel! I am on my 5th week of the Candida diet and I have stuck to it other than a lapse of a very thin spread of lemon curd on my breakfast soda bread! The first couple of weeks were quite hard. I feel less likely to want sugar in my diet these days. I am taking the various pills and very pleased I found your website. Have a happy Easter and many thanks again for your help and advice.”

We see patients by appointment in the UK at 9 Weymouth Street, London, W1W 6DB, but can also help people living elsewhere by means of postal, telephone or email consultations.

If you would like to call or email us to schedule an appointment with Victoria Tyler, we will send you two detailed questionnaire for you to complete prior to your appointment. This will give Victoria Tyler a chance to review your case in detail.

During your appointment at the clinic or via telephone, Victoria will learn more about your goals and symptoms. Victoria is a master at listening and will be able gain a deeper insight into what might be causing your symptoms.

Victoria will leave you with clear instructions and direction, This may be include dietary changes as well as supplements that will be uniquely tailored for you.

www.naturopathy-uk.com - The College of Naturopathic Medicine (CNM) provides excellent training for students wanting to become a Naturopath, Herbalist, Homeopath, Naturopathic Nutritionist or Acupuncturist. It has 8 training centres in the UK (4 in Ireland) and is internationally widely recognised.

www.anaphylaxis.org.uk - Anaphylaxis Campaign - For excellent information on rapid onset allergic reactions to foods such as peanuts which might cause anaphylactic shock.

www.bcnh.co.uk - The UK College of Nutrition and Health offers quite possibly the single best training for students wanting to become a clinical nutritionist.

www.hacsg.org.uk - The website for the Hyperactive Children’s Support Group, a really excellent charity that helps children with ADHD and associated disorders and points out exactly how they can so often be traced back to food, additives and allergies.

www.foodsmatter.com - The UK’s only specialist magazine for people with food allergies, intolerances and sensitivities.

www.viva-mayr.com - For a wonderful holiday at an Austrian health spa/luxurious hotel on the shores of Lake Worth in Carinthia, you might like to visit www.viva-mayr.com. Viva Mayr is run by a distinguished naturopath called Dr Harrald Stossier. It specialises in detoxification and takes a very sensible approach to most health problems, especially those concerning the gut.


Practitioners in or near Oxford

www.nomercury.co.uk - Pomeroy and Rust (01869 252228). Tom Pomeroy is an excellent dentist and a very charming man who specialises in mercury-free dentistry.

We see patients by appointment in the UK at 9 Weymouth Street, London, W1W 6DB, but can also help people living elsewhere by means of postal, telephone or email consultations.

Book an an Appointment

If you would like to call or email us to schedule an appointment with Victoria Tyler, we will send you two detailed questionnaire for you to complete prior to your appointment. This will give Victoria Tyler a chance to review your case in detail.

During your appointment at the clinic or via telephone, Victoria will learn more about your goals and symptoms.
Victoria is a master at listening and will be able gain a deeper insight into what might be causing your symptoms.
At the end of your consultation, you will have a good understanding of some possible causes of your symptoms. Victoria may also recommend laboratory testing to understand more about potential causes of your symptoms.
Victoria will leave you with clear instructions and direction, This may be include dietary changes as well as supplements that will be uniquely tailored for you.